In the early morning, I sometimes take my camera out to my hedgerow. We have a lot of wildlife living there.  But on the morning a few weeks ago that I got this photo, I went out because from my kitchen window I could see this robin fledgling: 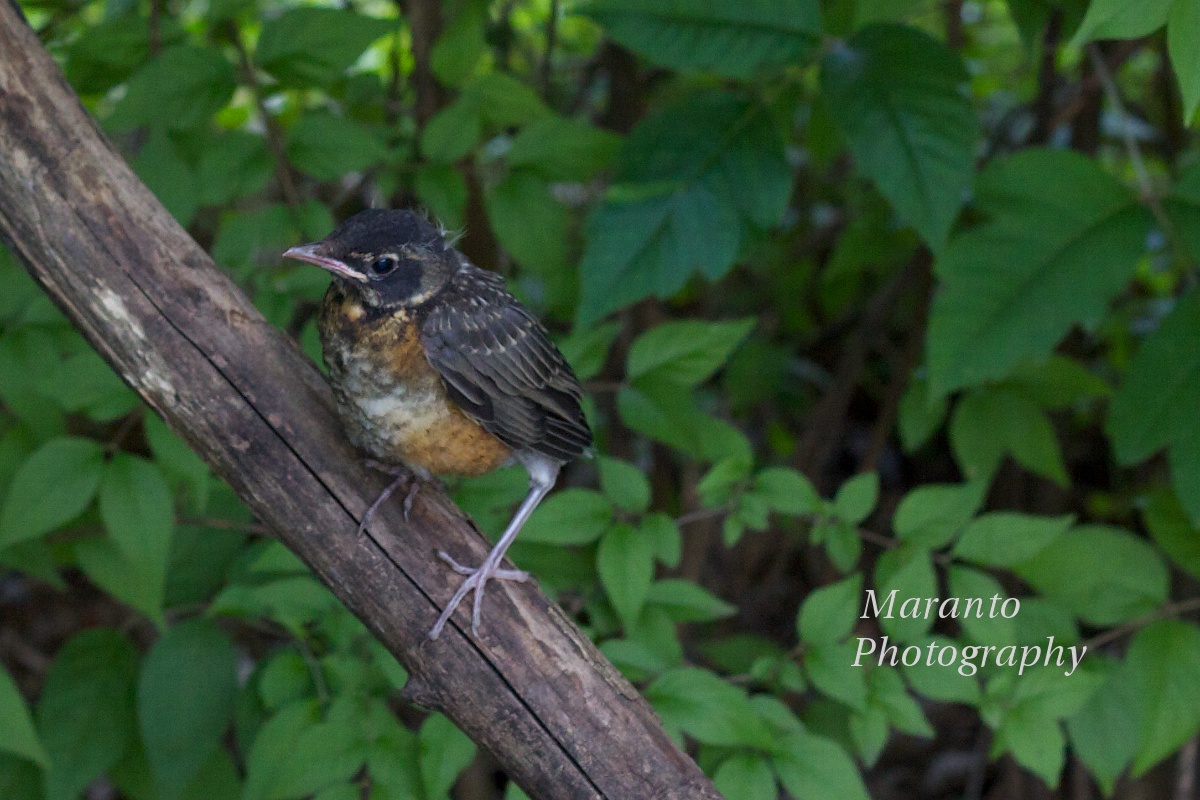 Since it is learning to fly, there is still the opportunity to get fairly close them.  I will show the original photo at the bottom of the post, so you will see that by cropping the photo I made it seem like I was even closer.  I also mention the cropping because when I saw this through the view finder I knew that I would crop it.  First because some of the surrounding detail was distracting and secondly because this robin is pretty much exactly on a point for the rule of thirds.  The rule of thirds is a photography rule that I don’t always follow, but I almost always consider.

The weekly photo challenge this week is the golden hour. This photo was taken in the early morning of an overcast day.  The challenge was to get the robin at such an angle, so that it was lit enough to show the detail in the feathers.  I also like to be able to see at least one eye, preferably with a catch light in it.  This photo was the one where that came together.  I have several other versions that went into the trash bin.  Because it was still a bit dark, I used an ISO of 800.  I think that my camera can handle that with almost no noise in the final image.  I set my shutter speed to 1/100 with the thought of freezing any motion in the bird.  I have my f-stop at f/5, because I thought I would get enough detail in the bird, and as I had said before, I knew I was going to do some cropping.

Here is the original image:

Those of you who read this blog regularly know that I like to follow the robins that live in my area.  While our nest by the kitchen this year had a bittersweet end to it, I have been glad to see that we do have several robin fledglings that seem to be doing well in the hedgerow.

Thoughts or questions about how I got the photo? Feel free to leave them below.