This past weekend when I awoke to a fresh layer of snow on the ground, I thought, “Great now I don’t have to do any running around! ” I was very wrong about that, none of the activities we were scheduled for were cancelled.  So instead, we actually had one more thing to do, clear the driveway.  But before I got to shoveling snow I took some photos, including this one: 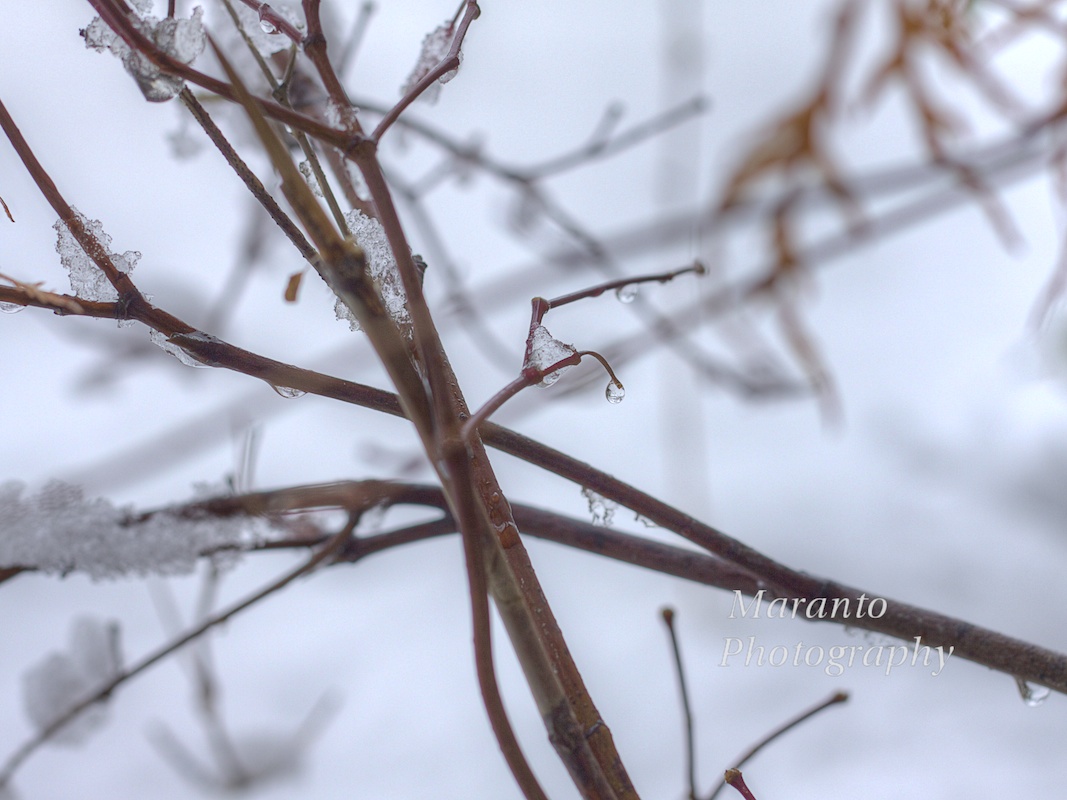 This photo is an HDR image.  I like using HDR in scenes like this to capture as much detail as possible.  The original images I shot handheld.  I used a high shutter speed to stop any motion.  In this case I used an f-stop of f/5 to blur the background some but not entirely.  I also chose an ISO of 160 because I knew I could go pretty low, but I did want to make sure I could still capture the detail of the shadows.  Here is the original middle exposure:

This post was written in part as a response to the theme, still, over at Where’s My Backpack?  Even though I had to do a lot of running around, the first thing I did that day was to appreciate the stillness that a fresh snow brings.

So, how about you, doing a lot of running around lately? What do you think of the photo, does it say “still” to you?  Feel free to comment below.