One of the reasons that I write this blog is to keep track of what I have tried and keep notes on what works or doesn’t.  This photo I took with Sonel’s Photo-Editing Challenge in mind.  The topic this week was trees.  A week or so ago it snowed and then there was a lot of wind which made some neat patterns in our yard.  So I went out to take some photos.  With this one I was trying to show the similarity in the patterns in the bark and the snow: 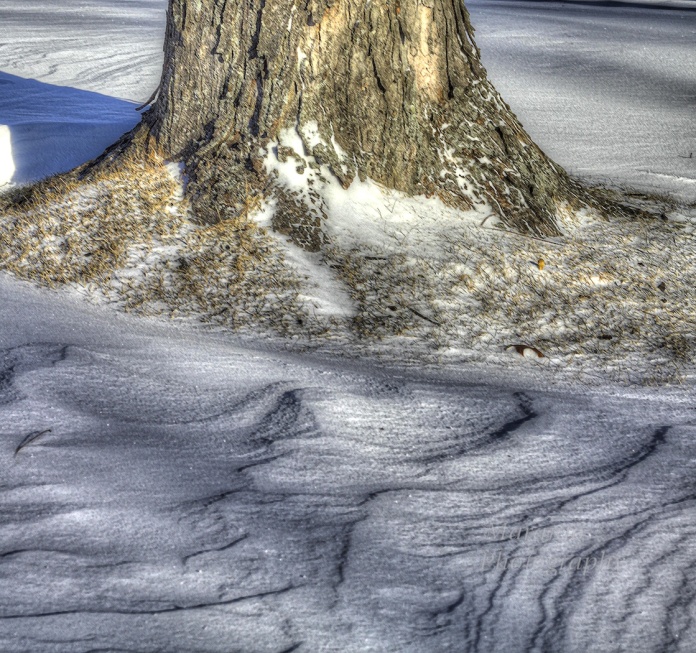 I took this using the exposure bracketing setting on my camera.  From there I edited my three exposures in Photomatix and put it in the painterly setting.  Then I opened the image in Photoshop. I knew I wanted to use the filter gallery but because the image was a 16-bit image, the filter gallery which is located in Filter-Filter gallery was greyed out.  So first I had to go to Image-Mode- and change it to a 8-bit image.  Then the Filter-Filter gallery was able to work.  In that gallery, I changed this photo to watercolor with angled strokes.  Then I cropped this photo because the original had a brick house in the background which was really distracting from the textures that I was trying to accentuate.

I would say that this photo sort of worked, a kind of close, but no cigar.  The first thing I would have gone out a bit earlier, because it was pretty bright.  The other thing I would have done differently was to shoot the photo from a different angle so that the house would have not been in the background.  Part of the problem was that it was bitterly cold and I don’t think as creatively when I am cold.  I guess I need to work on that…

Here is one of the original photos, so you can see where I started: 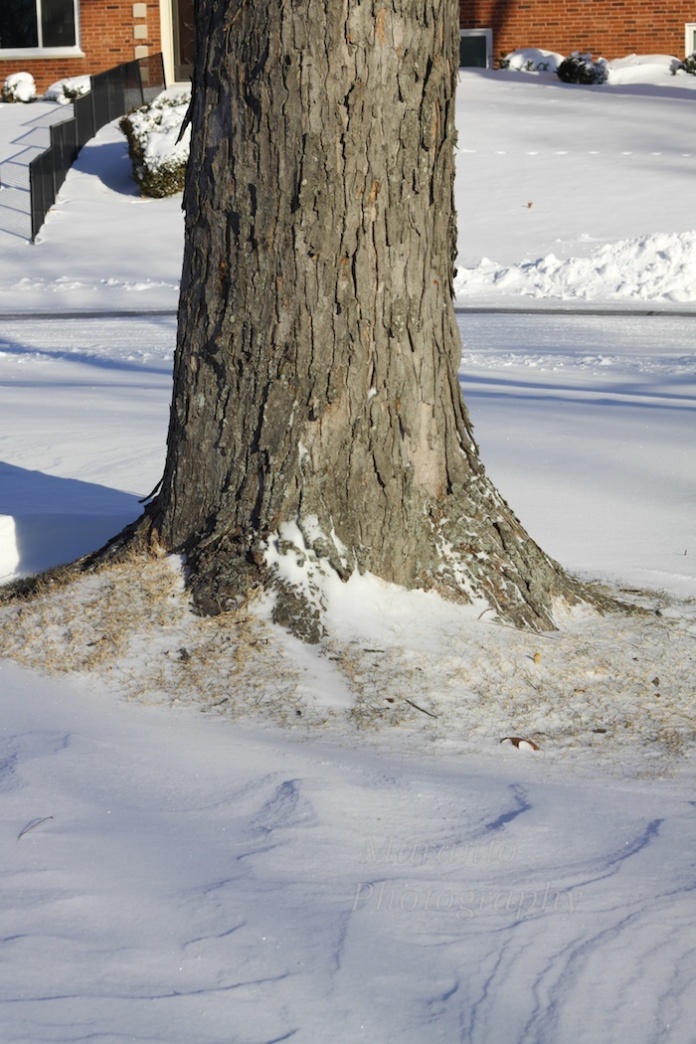 Feel free to let me know what you think in the comment section below.