Walking around the Wimpole Estate this weekend, I’ll admit I was struck by the size and grandeur of the place, but I was more drawn to the details.  This clock was one of the many furnishings that caught my attention: 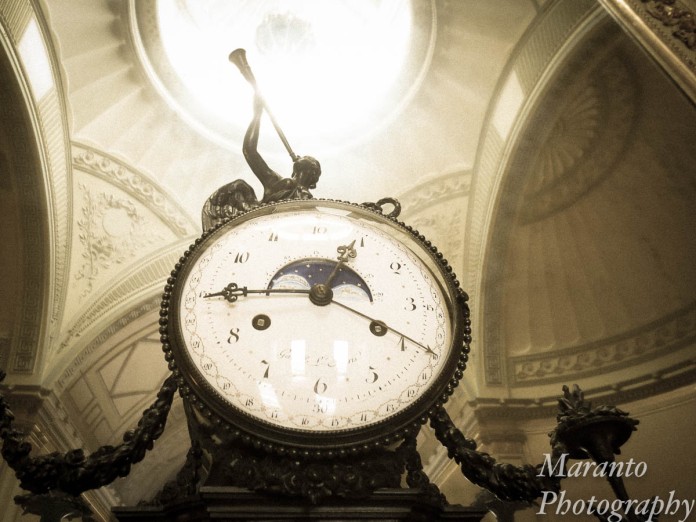 Conveniently placed on a mantelpiece that had a mirror behind it, the photo shows some of the detail of the ceiling of the room.  I edited the original photo first in Photoshop.  I cropped the image and then removed some of the imperfections of the mirror using the healing brush.  I also sharpened the image, even though I knew I would be adding some grain later when I switched to Lightroom.

Once back in Lightroom, I used the “Aged Photo” preset as a starting point for the feel I wanted.  I added a bit of grain and darkened the corners using a vignette.  Here is the original photo: 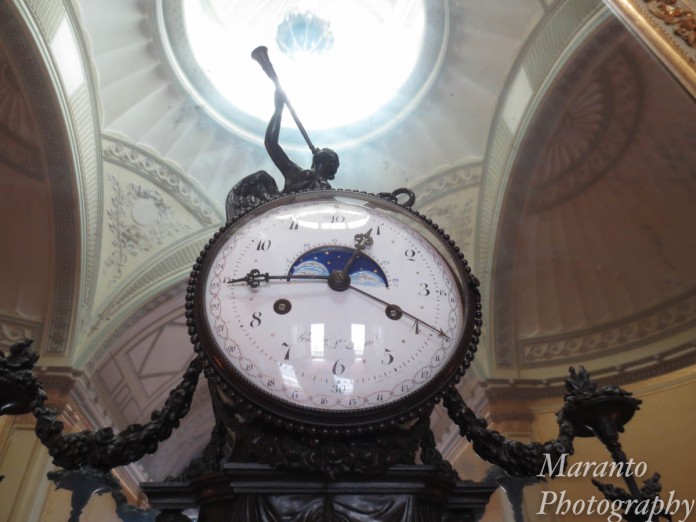 A few things occurred to me while I was editing this photo.  First was the the point and shoot camera I was using has a macro setting, and it would have been interesting to use that setting to shoot this photograph and see what turned out differently.  The second thing was that this could be edited into a completely different photo focusing on the blue colors and colder tones that are available.

What made me take the photo in the first place?  From across the room, I looked up and saw the light and the way it was interacting with the clock and the mirror behind it.  I could tell from there that I wanted to create and image with blown out light behind the trumpet blowing angel.  A bit of a cliche perhaps, but it appealed to me.

Does that happen to you, that you look and see the image you want to create instead of the photo you are going to take? Do you like my take on the photo or do you think and cooler, blue version might appeal to you more?  Feel free to leave a comment below.