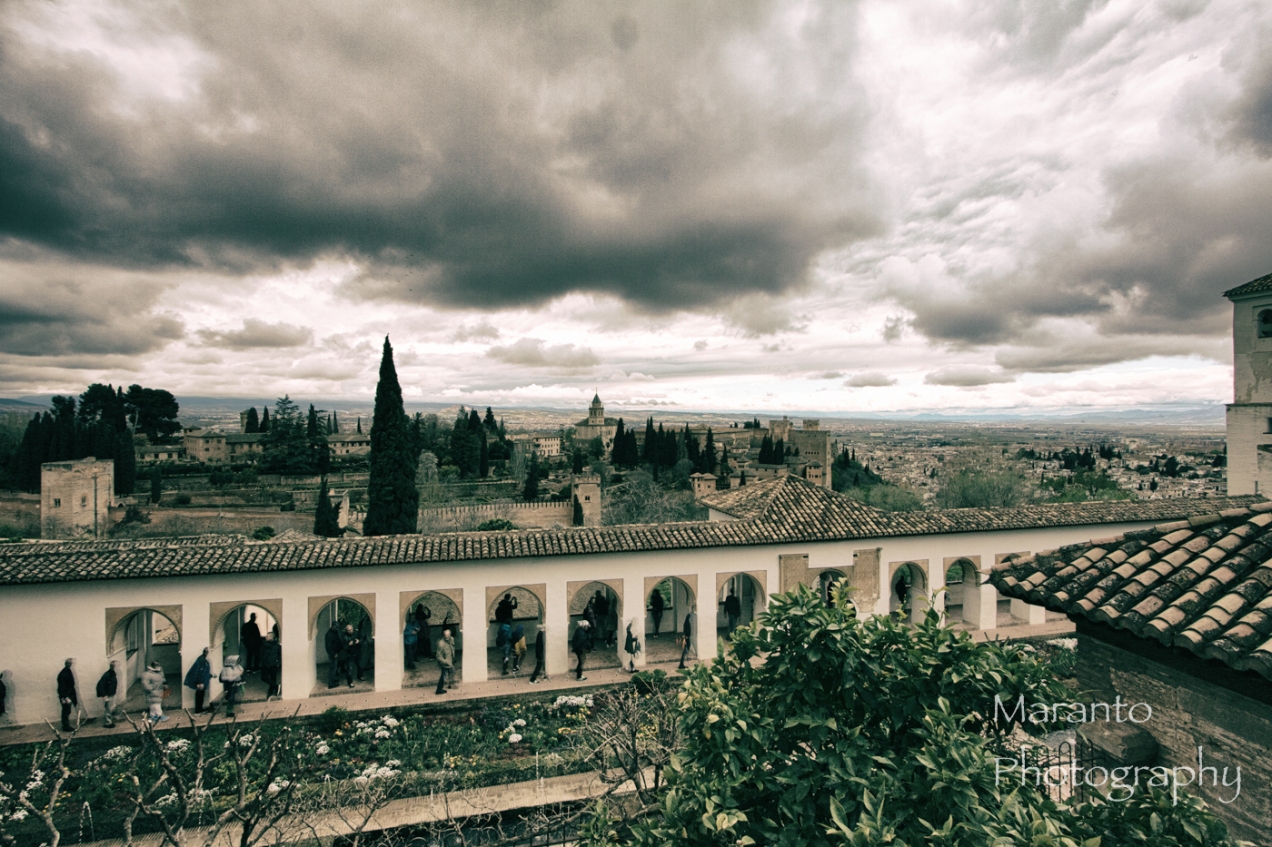 Waiting in line is part of the travel experience. I’m not a fan of lines to get into places I want to visit, so I often do research before heading out in an attempt to minimize spending time in line. When I was planning a trip to Granada, Spain, I spent a bit of time figuring out how to minimize waiting to get into the Alhambra. Visitors have many options, including private tour operators. I stuck with a do-it-yourself version.  Tickets in advance are pretty much mandatory, so I bought ours three months in advance of our trip, which is when they are first available. We went early in the day, and were just a bit off-season, so lines weren’t really a problem.  It did, however, get more crowded as the day went on. When I went to take this photo, there was a steady stream of people. In editing this photo, I wanted them to be as anonymous as possible. I had shot this scene as a bracketed exposure, so it is three photos combined into the final shot. This process, HDR, gives you a photo that has a larger exposure range. However, anything that moved while I was taking the photos is blurry, referred to as “ghosting”.  In this case, I used that purposely as a way of making the tourists anonymous.

Below you can see one of the photos that I used and how much more clear the individuals are. For this final version above, I also applied a film filter. It changed the tone of the photo and also emphasizes the dramatic sky.

The edited photo above is a first take, and probably not a final statement. I have a lot of other photos to edit, and I haven’t settled yet on an approach to how I would like to edit them. The Alhambra is a beautiful and expansive place, and I think there would be many ways to interpret the photos I have taken.

How do handle waiting in line? Do you research the places you visit in advance in order to avoid them? What do you think of the tone of the edited version above? Feel free to comment below.