Every once in a while I take photos of a subject that I’m a bit conflicted about. This post is about the enemy. The photos in this post were taken at La Cambe German War Cemetery. It’s near Omaha Beach in Normandy France. There are 21,222 German war dead here, ranging in age from 16-72. Most died between 6 June and 20 August 1944. They were the enemy but as the sign on the front of the cemetery stated, “With its melancholy rigour, it is a graveyard for soldiers not all of whom had chosen either the cause or the fight. They too have found rest in our soil of France.” I found the place to be very somber and sad: 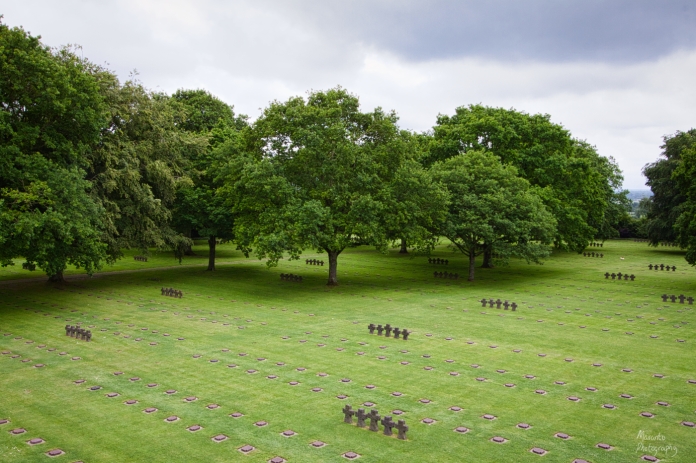 This first shot gives a bit of an overview of how the markers are laid out in rows. This second shot it a bit more of a close-up:

It is the square markers and not the crosses that are grave markers. I’d also like to note that some of the markers indicated that the graves are sometimes stacked. 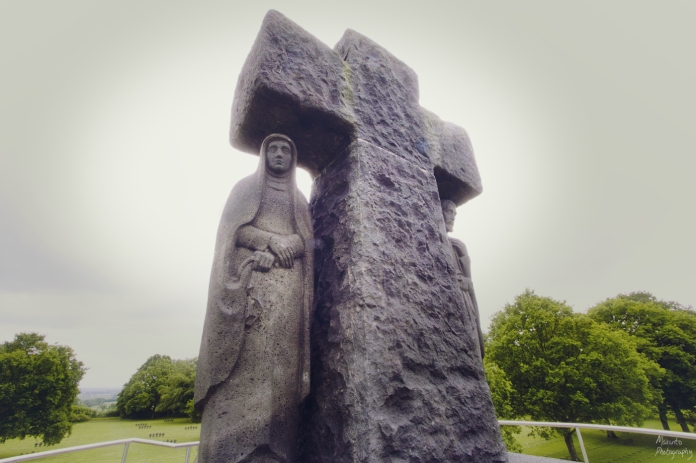 This statue was at the top of the resting place for the unknown soldiers. I have versions of each of these on my Picfair site, if you would like to see them at higher resolution: photo 1, photo 2, photo 3.

When it came to editing, the first two were just edited for clarity. The third is a bit more creative, but I wanted to stick with the somber and ethereal feel of the cemetery itself.

Tough topic, but what do you think? To me, it was a reminder to never lose sight of anyone’s humanity, even those who would stand against you. Feel free to leave a comment below.

Added to Lens Artists, Weather or Worn and One Word Sunday, Row.