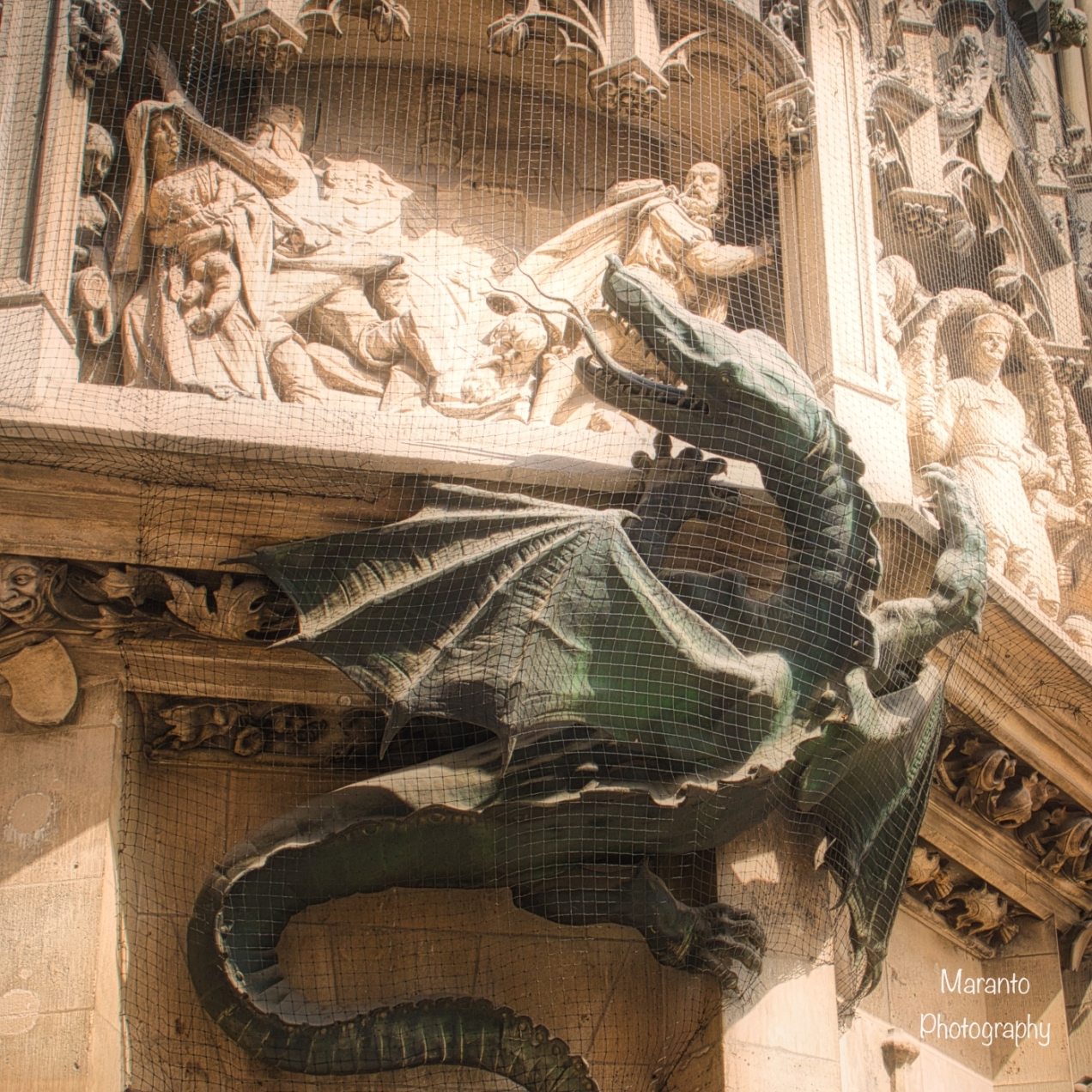 The Middle Ages, wow what fun!  In Munich a dragon appeared bringing the plague: 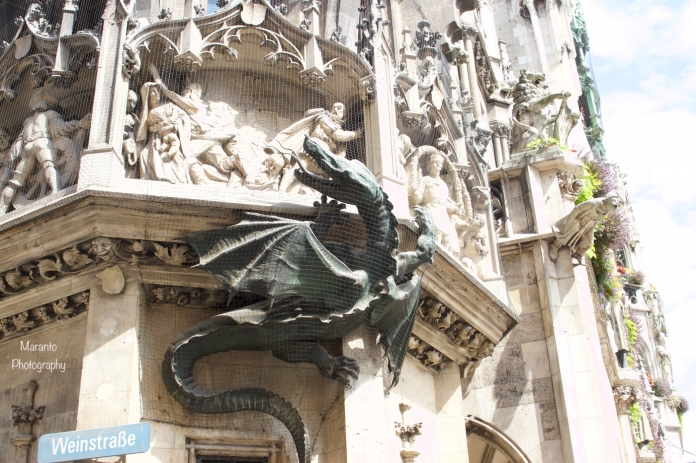 The more enlightened folks in town just washed their hands more frequently, but a dragon does make for a fun story and it’s remembered on the side of City Hall.

It’s an excellent work of art and I thought a square edit would be fun:

In Luminar I dropped the highlights slider and then adjusted the whites, blacks, and luminance sliders. The filter “daydream” was added and dropped to 56%. I picked that filter mostly due to the irony of applying a daydream to the nightmare that was the plague.

Added to Day 28 of January Squares. It’s at this point that I confess photos for this challenge are supposed to end in “light” and enlightenment is really  pushing that rule.