When you are in Rome, you have to go to the Trevi Fountain. That’s what all the books and the internet says. So, I did what I was told: 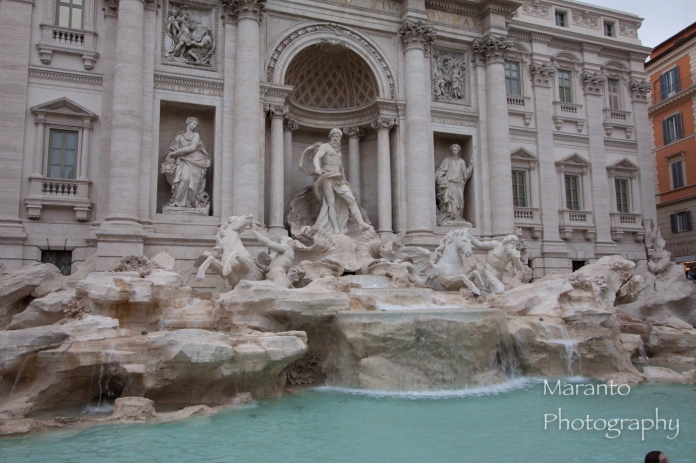 There’s the photo to prove it.  Here’s the thing. Everyone goes to the Trevi Fountain. Even on a day where rain was threatening and it was the middle of the week and it was October. It makes getting a photo without at least fifty people in it difficult.  So, with that shot above, I just went with as much fountain and as few people as possible. One person’s forehead isn’t too bad considering the crowd. A quick crop removed the forehead and the building next to the fountain. As much as I liked the blue of the water of the fountain, standing there, taking the photo, I was thinking black and white.

I’ve sharpened to photo a bit and then worked with the tone curve a bit to make the darks just a touch darker and the whites just a touch whiter.

I wasn’t feeling like this photo need a whole lot. There is a reason why everyone visits, it’s a beautiful fountain and doesn’t really need a whole lot more embellishment than it already has.

Have you ever stood in front of a scene in full color and thought, “yup, black and white it is”? Have you been to the Trevi Fountain? if not, you should when you go to Rome, the internet says you should, and the internet isn’t wrong 🙂 Feel free to leave a comment below!

This is the Fontana dell’Acqua Paola: 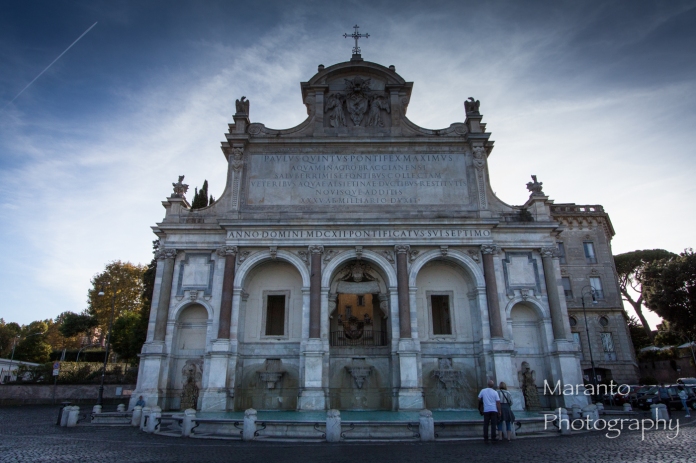 Like many things in Rome, it is both beautiful and imposing.  It was evening time when we were walking past it, so the light was lovely.  Here is the original photo:

Nice, but it needed a bit of a punch. But first things first, this isn’t the only shot I took of the fountain. In fact, when I was shooting I managed to get a few shots that didn’t have any people in them. I thought that one of those images would be the one I like the best. Nope, as I looked through my photos this one became my favorite, in part because there were people in it. They give a good sense of the scale of this fountain. So in my edit, I made sure that the man’s white shirt had a bit of pop.

I used my wide angle lens to get this shot, and in Lightroom, I used the Lens Correction feature to take care of some of the distortion.  I also cropped the image a bit using the straighten tool within the crop tool.

I like the tones and light in the original photo, but I did want to boost and clarify them, it was my thought that this should be a bit of an aggressive color image, and it was a bit tame as shot. I put a neutral density filter on the image and then boosted the luminance of the various blue tones to get what I was after. I then sharpened the image a bit, but honestly, the other edits had already made the image appear sharper, so I didn’t go nuts with that.

So do you like the edits? Did this image pop out to you and was that a good thing?  Feel free to leave a comment below.

This week’s theme over at Where’s my backpack? gave me the excuse to go back to a photo a took a few months ago.  If you take photos you have probably had this happen to you, you see a great subject but the light is awful.  Sometimes with photos like that, I edit them later into HDR images which is what I did with this photo:

This is a view of the St. Louis Art Museum that I thought would be interesting.  I took several shots of the fountains that day because they are quite nice.  When you see the original below, I think you will be surprised at what I managed to salvage:

In order to make the HDR image I first created two additional copies of the original photo.  In Aperture I changed the exposure balance of the copies, one to a 0 ev, the other to +1.  Then I combined the three images in Photomatix.  The resulting photo I liked best was one of the “painterly” versions.

I took this last week while I was working on a landscape photography assignment: 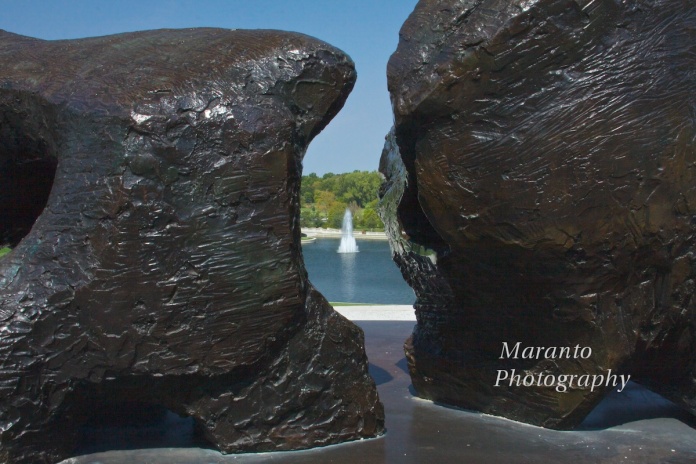 I liked the view of the fountain against the detail of the statue.