Today I am writing about a photo that I shot a few weeks ago but have just started editing: 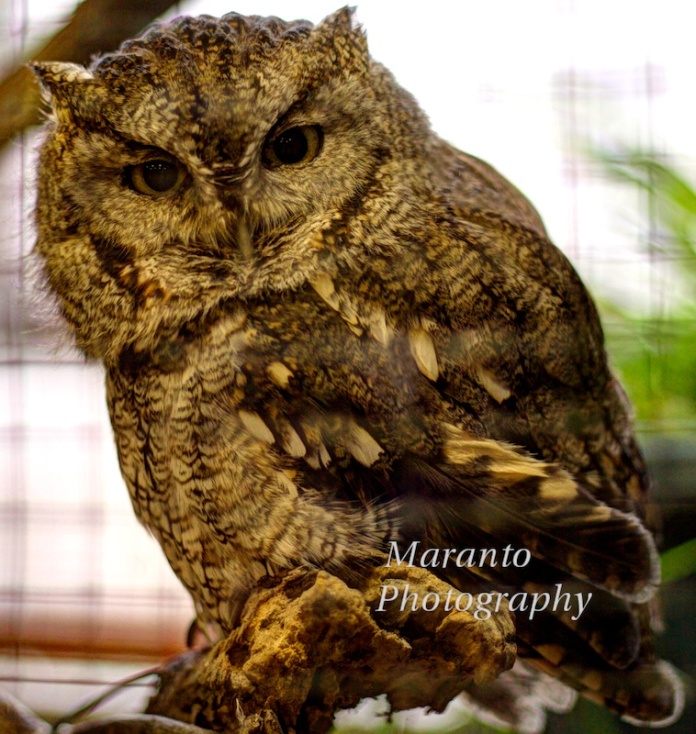 This is Twig, a 19 year-old Eastern Screech Owl who lives at the World Bird Sanctuary in St. Louis Missouri.  I put the link in for their website and would highly recommend a visit if you happen to be in the area.  Twig sometimes takes naps on the floor of the enclosure causing concern for more than one visitor.  It was unusual for Twig to be this close to the front of the enclosure so this is probably the best photo I have.

As far as the editing goes, first I started in Aperture where I tried to remove as much of the enclosure as possible.  Then I made three copies in order to change the exposure.  So one version I set at -1.33, one at +.33, and one at +1.33.  I then put the three versions in Photomatix and the image you see above is a fusion of the three copies.

I am thinking I am not finished messing with this image.  I would like to attempt to do a better job of removing the enclosure.  I would also like to create a version or two that I like better in Photomatix.  I know I can come up with a better image, so I think I will keep working at it.

Happy Friday to you, and I hope that the projects you are working on are going well.