Sometimes I think it is nice to have a photo challenge to push you to take a photo that you have been thinking about but haven’t taken yet.  When I saw tilted was the theme this week at Where’s My backpack? I thought of this sunflower that I pass almost everyday but had yet to take a photograph of.  So, I grabbed my camera, walked out the door, and went and got this photo:

As I was taking this photo I noticed that I hadn’t really paid attention to the background the other times I had walked past without my camera.  I was so busy looking at the beautiful flower I had just ignored all that was around it.  When I got to taking the picture though, I could see how distracting the background was potentially going to be.  Other than the distracting background, I felt that the other challenge in this photo was going to be light.  Too much light in this case.  I had set the ISO to 100, but still the original was a bit washed out looking in my opinion.

So, after taking this photo, I edited it in Photoshop.  I used the “levels” setting to make the color pop a bit.  I also sharpened and cropped the photo.

Here is the original from the camera version: 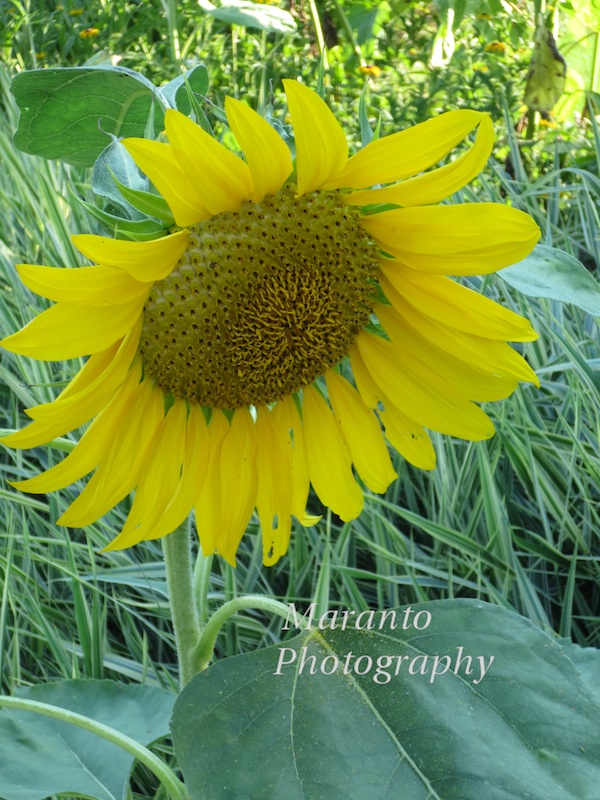