There are times when it becomes necessary to attempt a workaround. This particular photo was one of those times: 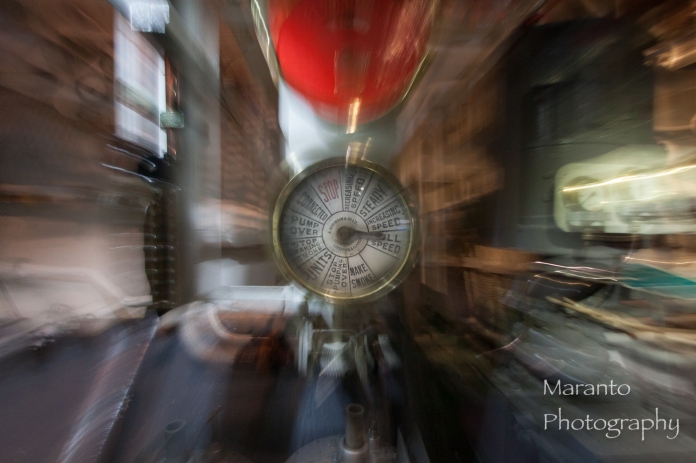 The challenge before me was to create interesting leading lines within a photo by doing what is called a zoom burst. You do this by changing the focal length while you are taking a photo. There are also various motion filters you can use to create the look afterword, Photoshop has a number of filters for that which you can read about here. In this case, though, I was simply turning the focus ring of the lens while taking the photo. Or at least, that’s what I was trying to do.  Here is what my best, unedited, version was: 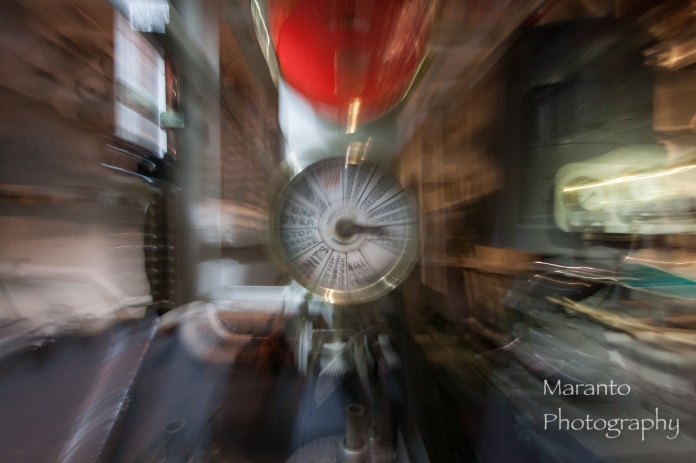 What wasn’t working was the dial, it wasn’t in focus enough, you can’t read it at all. I could tell this even on the small screen of my camera. I took a bunch of shots but knew I did not have what I wanted. I was at the same time, blocking the way of people who were trying to get through and slowing down my family.  So, I took this shot with my iPhone. 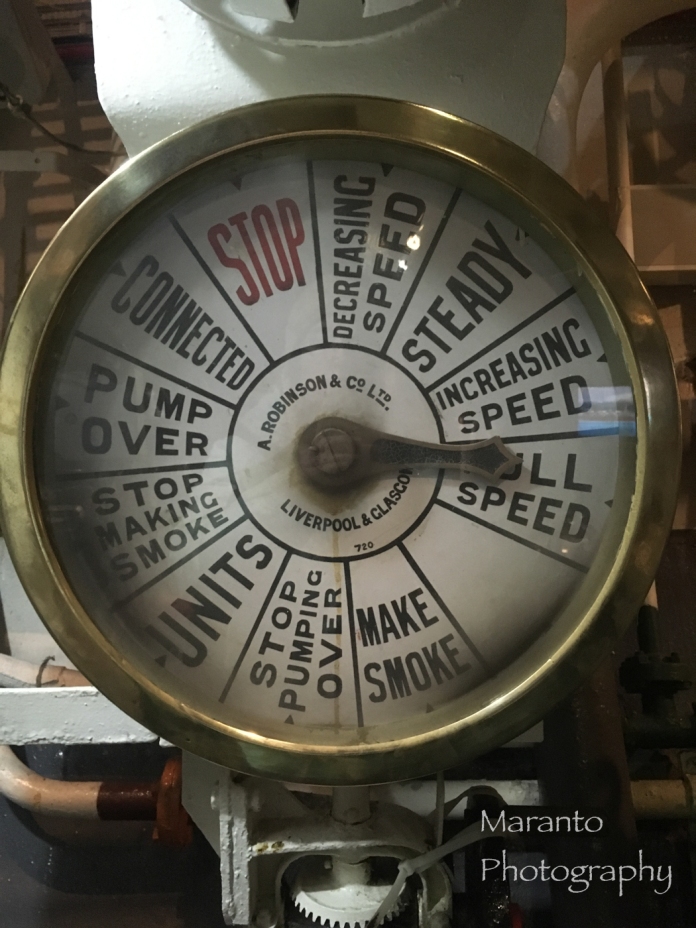 Close up on the iPhone

I was pretty sure that if I got a close up of the dial, I could create something later. So, that’s what I did.  I opened these last two photos as layers in Photoshop.  From there I scaled down the phone shot to fit the Canon shot: In Photoshop: Edit-transform-scale, hold the shift key to keep the proportions of the original photo. Then I added a mask to the phone layer (which was the top layer) and masked out all but the dial. I also dropped the opacity of that layer a bit so that it wouldn’t be completely in focus since the layer below is showing through slightly. And there you have it, that first photo is my final version of this editing process.

My take on zoom burst with a little help from Photoshop.  What do you think? Do you like using blur with photography? I’ll be honest, I don’t use it all that often. It can be an imaginative interpretation of a scene though, do you think it works with this subject? Your thoughts are welcome below.

These photos were taken aboard the HMS Belfast which is docked in London and functions as a museum.  An audio guide takes you all over the ship. It’s an excellent glimpse into what life on a ship would be like.

19 thoughts on “All Aboard”